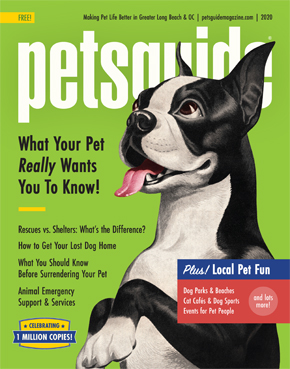 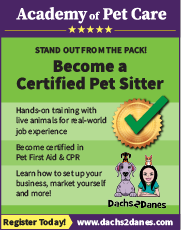 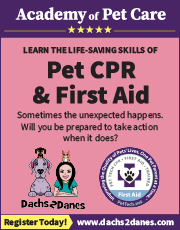 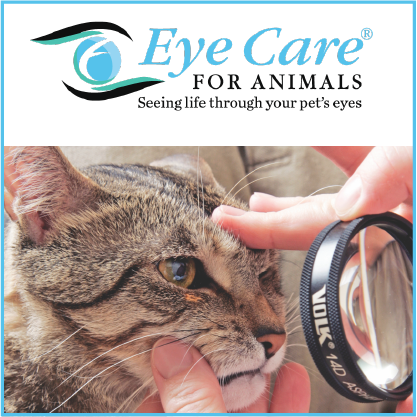 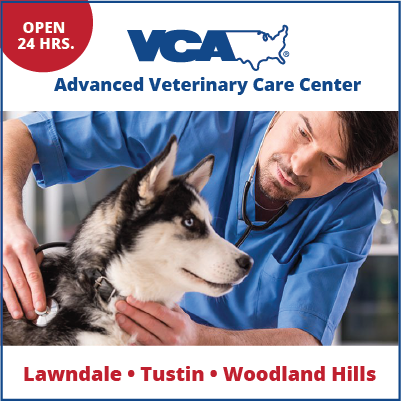 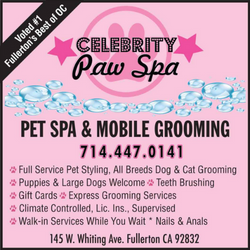 Home > Uncategorized > Breaking Up A Dog Fight: What You Need to Know 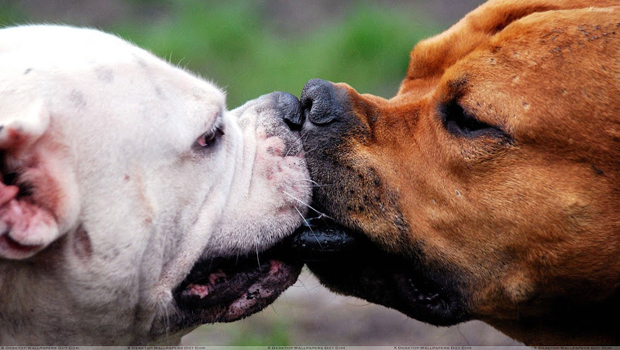 The first thing to determine is whether or not the two dogs are actually fighting or simply play fighting. Sometimes when dogs play it can appear pretty violent, especially to people not familiar with dog behavior. There may be growling, snapping and tussling.

The easiest way to tell if you are looking at dogs rough playing is to look at the dogs’ bodies. Their bodies will appear loose, bouncy and elastic (not rigid or stiff) and you will usually notice their tails wagging and happy grins on their faces.

If it appears that one dog is dominating the other (ergo one dog is not into the rough play), it’s probably time to separate them. If the energetic dog isn’t yours, politely ask the dog’s owner to separate them, or call your dog over to you.

If it’s a real fight…

Breaking up a dogfight can be extremely dangerous. In most cases, a fight lasts just seconds and can be broken up by simply shouting at the dogs. If that doesn’t work map out a plan that will work best for the situation you (and the dogs) are in.

The most important thing to remember is don’t panic. By panicking you increase the risk of personal injury and prolonging the fight. Dogs sense fear and panic and it could make the whole situation worse than it is.

There is a difference between a dog fight and a dog attack. If one dog is clearly the aggressor and attacking a submissive dog, then place your focus on removing the aggressive dog from the other dog.

Many people go with their first instinct and grab for their dog’s collar. WRONG! This increases the odds of being bitten dramatically. Dogs in the middle of a fight are in adrenaline mode and will not recognize their owners. They will lash out at anyone and anything.

Startle the dogs or use a barrier.

Interrupt a fight through startling techniques or a barrier is often effective enough to break up a fight. It also is effective in keeping you out of reach of the dog’s teeth.

Startling techniques may include:

If this doesn’t work you may attempt to physically separate the dogs. Physically intervening is always much more dangerous and increases your risk of being bitten.

Use the wheelbarrow method to physically separate them.

As mentioned, do not go for the collar area or approach the dogs from the front. You want to stay away from their heads (and mouths) as much as you can.

Instead approach the dogs from the rear and use the wheelbarrow method. It is important that both pet parents do this together at the same time so that the two dogs are separated at the same time.

Grab your dog by his hind legs at the very top, near the thighs (just under the hips), and lift his legs into the air like he’s a wheelbarrow. By holding a dog this way you are in complete control of your dog, while staying far away from their teeth.

Once both dogs are a few feet away from each other, spin your dog around so he no longer can see the other dog.

If you are alone …

Breaking up a dog fight by yourself is far more challenging and dangerous. If you are in doubt of your safety in any way you should stand back as the risks of getting hurt are much higher if you are alone.

If you choose to approach the two dogs, here are some guidelines:

Remember, it’s always better to monitor your dog while he/she plays so that you can prevent a dog fight from happening in the first place. Teaching your dog the recall command and back off command will help de-escalate a situation and keep your dog safe.

Share these tips with your friends and fellow dog owners.